Little Toy Soldiers and Such...

The Blog of Michael T. Murphy and his lifelong obsession with "little army men" and their imaginary glory, miniature wargaming, and other things...

Welcome back dear reader!
Making a quick update here (with some pics!), as we now move into Level 8 of Jumanji (aka August) 2020.

House is as house does...

So in our last update, we had put an offer in on a house that had an entire extra outbuilding for my mancave, (manhouse?) on it.
We dodged a bullet on it. As the house didn't really pass any safety inspections.
Between then and now we put an offer on another house, only to be throat chucked with so much drama from the owner that it didn't go through.
Finally we found our Goldilocks "just right house."
We've put in another offer, and the offer was accepted. Home inspection has been done, WDI has been done, and now all we are waiting on now is the appraiser to come and do this thing and then the final paperwork and then the keys and it's MOVE IN TIME.
Oh great...moving in August...sigh.
We're already in the process of packing up, but this puts more of a fire under us. As now we have a reason and a date, (closing date is scheduled to be 1 Sept.), to get things moving. It puts a more realistic perspective on things.
TBH, I am trying to move up the closing date as I am not so sure about that whole "1 Sept Hitler invades Poland anniversary thing"...but we'll see what happens.
The house is beautiful, AND I GET A GAME ROOM!!!!
I'll be posting pics after the papers are finally signed.

To show the world what a great guy and husband I am, I "convinced my wife", (like I really needed to do that), that we should go to Gilley's Antique Mall on Saturday. Gilley's is about 12 miles from our house and has rows and rows and rows of other peoples stuff, (many of them long dead), and you can find a lot of good deals there.
While I was waiting on my wife and drinking a Pepsi, I noticed this plate on a holder above the refrigerator.
Gilley's Bar was a legendary honky tonk back in the 70's and 80's. Located in Pasadena, Texas; the parking lot was crushed oyster shell and always left a white coating of dust on your vehicle. If you didn't put your windshield wipers up when you parked your car, the staff would wander the parking lot at night and put Gilley's bumper stickers on everyone's bumper. It was where Mickey Gilley, and his band, "The Bayou City Beats", played every Saturday and KHTV local channel 39 would broadcast live from the bar.  It was Texas fun at it's boot and hat best...
Then "Urban Cowboy" came along...and every damn Yankee decided to want to do the same damn thing.
The club portion of Gilley's burned down in around 1990.
Sadly, there is a cheap knock off version of the club now located at "TI" (formerly "Treasure Island"), on the Las Vegas Strip.

So while my wife was wandering the aisles looking for treasures, I myself found one and then two...
Item #1: 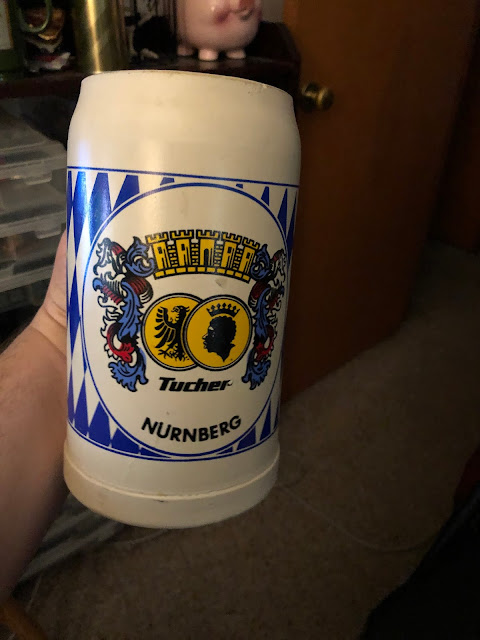 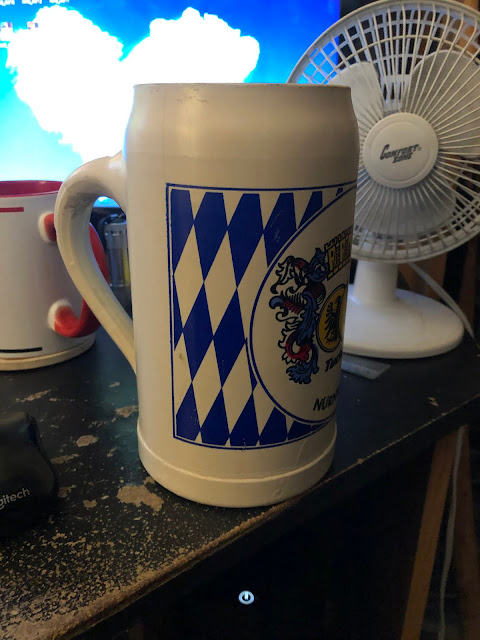 I was lucky enough to find a Tucher Beer Nurnberg Fest Mug.
Tucher was founded in Nuremberg in 1672 and is a main staple beer with lagers, pilsners, weizens, etc. Despite it's taste, it always seemed to give me a bit of the winds. However in homage to a city that I loved (Nurnberg), I went ahead and got it. It will sit in a nice little place of honor among my steins.

So while perusing items in the aisles, I suddenly came across an item that was just begging for me to get it and take it home for a gaming prop/scenic... 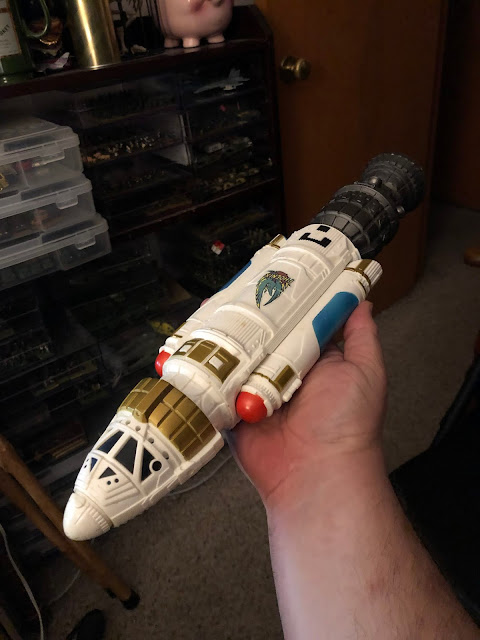 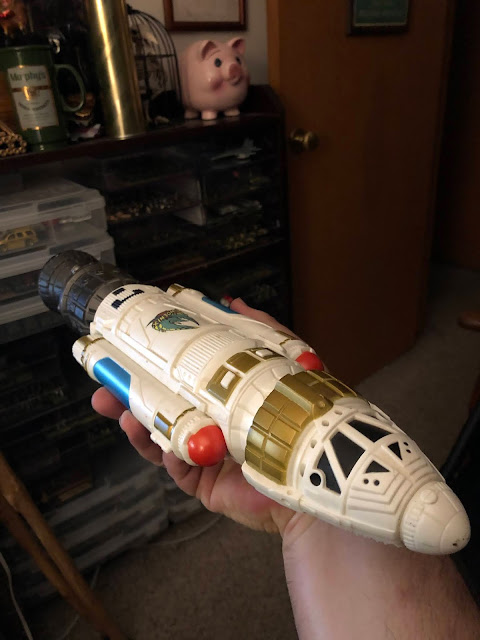 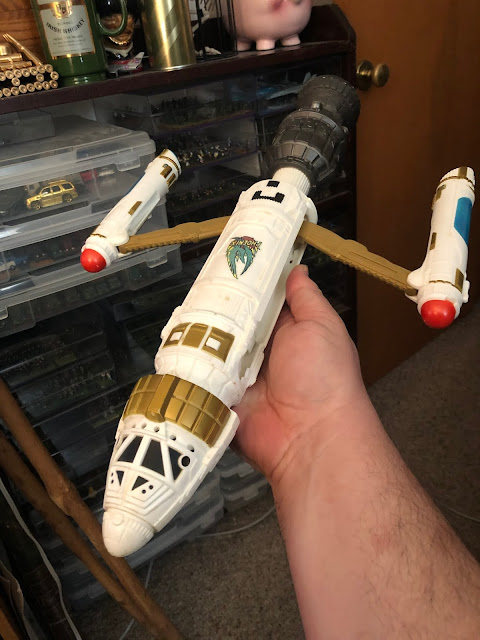 Yeps!
I was able to find a Playmobil Playmates 1996 Star Trek "First Contact" model of "The Phoenix". Picked it up for 12 bucks.  Brought it home, cleaned most of the stuff off it, and removed the old batteries, (one of them corroded), and replaced with new ones (after cleaning off the contacts), and voila! It works!!!!
This would be a nice piece for a 15 mm game or perhaps even a 28mm game. It's the first scenic item I have picked up in a while.

This was the first real "excursion" my wonderful wife and I have done in quite a while and as a result, we decided to keep with tradition. We took a side road jaunt, (I actually mistakenly took the wrong road thinking it was the right road), and we ended up going to our favorite little hamburger stand out in the small town of Bainbridge. 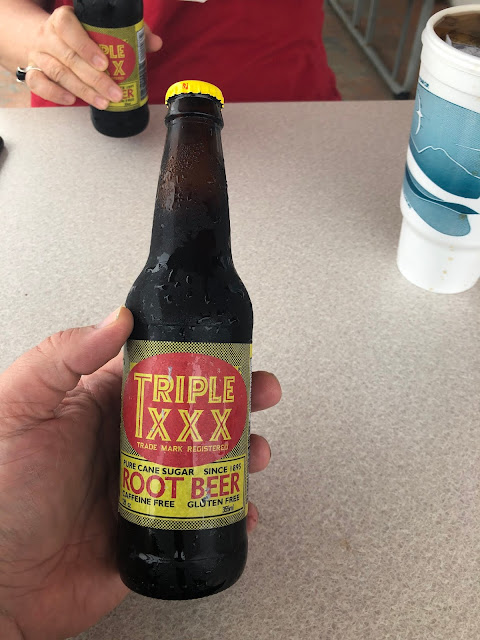 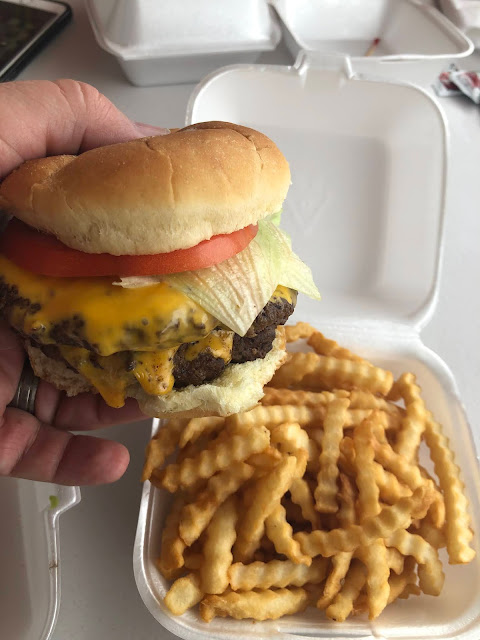 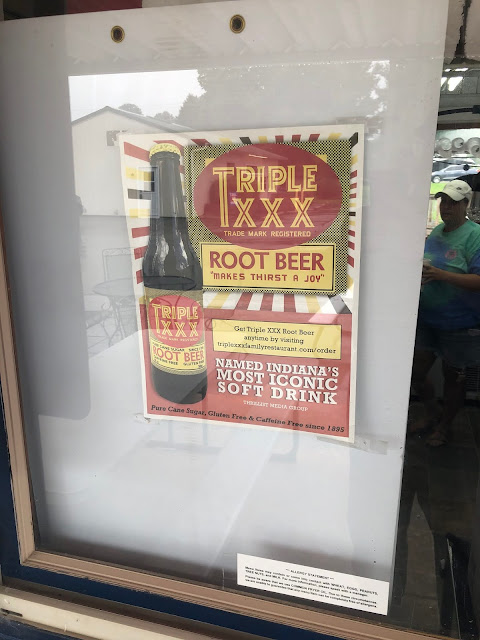 A nice big double cheeseburger with fries, (and my wife got the fried mushrooms), washed down with Indiana's own Triple X Root Beer, made in good old Lafayette, Indiana. No high fructose corn syrup, no gluten, no caffeine; just pure can sugar and goodness.

So this past weekend would've been Gen Con 2020.
But it was cancelled due to this crazy Covid pandemic hysteria silliness.
Back in 2015 at Gen Con, I purchased some dice and the D&D 5th Edition Starter Set.
While at Wally World the other day, I decided to "Remember Gen Con" by doing the same thing.
So once again I purchased a 5th Edition Starter Set and a 3 set box of "Campaign Dice".
Godspeed GC 2020, and let's plan for GC 2021... 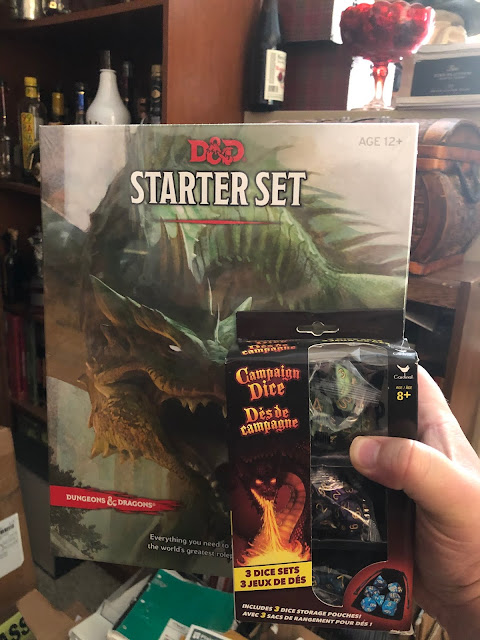 So that's about it for now.
Here's hoping that the next update will be on a moving report to our new house with pics!

Posted by Michael Murphy at 5:24 PM

Michael Murphy
A guy in Indianapolis with a passion for The American Civil War, historical reenacting, reading, and miniature wargaming, (Among other things)...

Those wonderful folks that read this blog with baited breath...